The Photographic Guide to the Pubs of East London.

Jan Klos’s portrait of the people who work at The Nelson’s Head pub in Shoreditch, London (below) was selected for Portrait Salon 2014 and comes from his series ‘The Photographic Guide to the Pubs of East London’. The work will be exhibited during Photomonth London at Bethnal Green Working Men’s Club from 7th to 14th October.

‘East London is home to some of the oldest and best pubs in the world. Some are historic, steeped in tradition, while others put on popular gay nights or serve locally made beers. There are lots of them, and at the heart of what makes them worth visiting is their staff – the bar men and women who pull pints, keep locals entertained and often become like the closest of families.’

Pub on the Park, London Fields

‘Inspired by the 18th century conversation piece and the traditional family portrait, photographer Jan Klos presents The Photographic Guide to the Pubs of East London, a new series of striking group portraits that introduce viewers to the colourful and dedicated teams behind some of East London’s much-loved drinking dens.’ 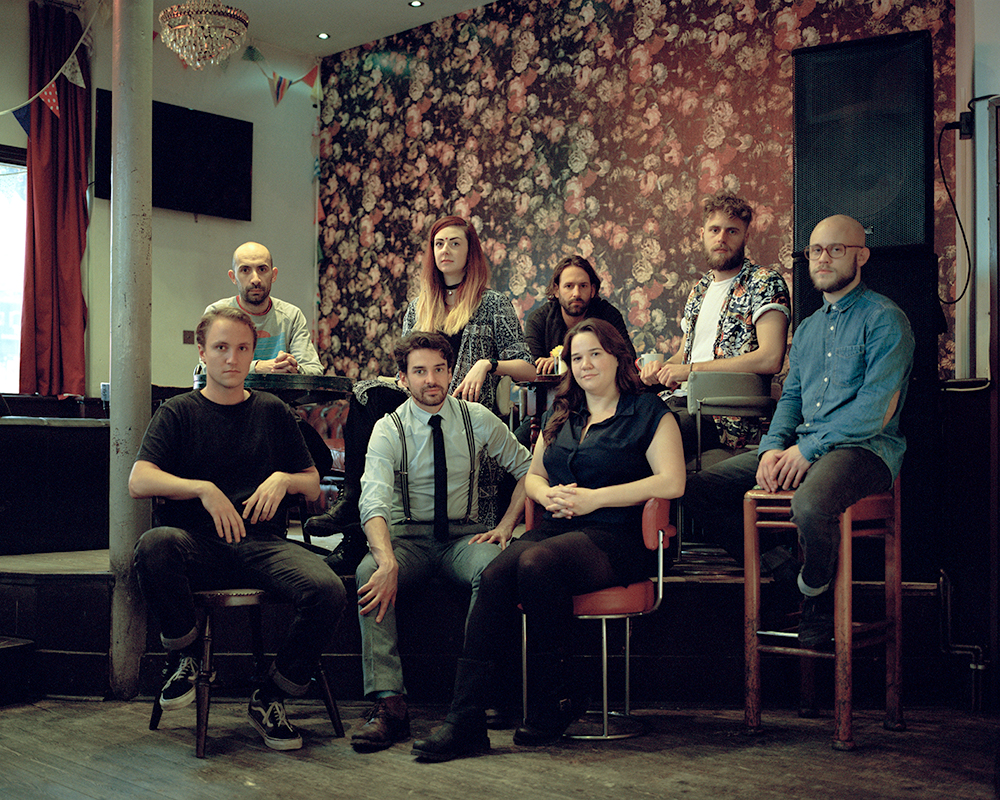 ‘Since 2008 one in five pubs in the UK have shut down in the face of a struggling economy, rising alcohol taxes and smoke-free policies. The Times labeled them an ‘Endangered British Species’ and East London has seen its share of public houses shut their doors for good. Some of them, including The Nelson’s Head and Joiner’s Arms feature in this exhibition. The Photographic Guide to the Pubs of East London serves to celebrate and raise a glass to East London’s public houses and the people in them, but it is also a timely record of what the area has lost in recent years.’ 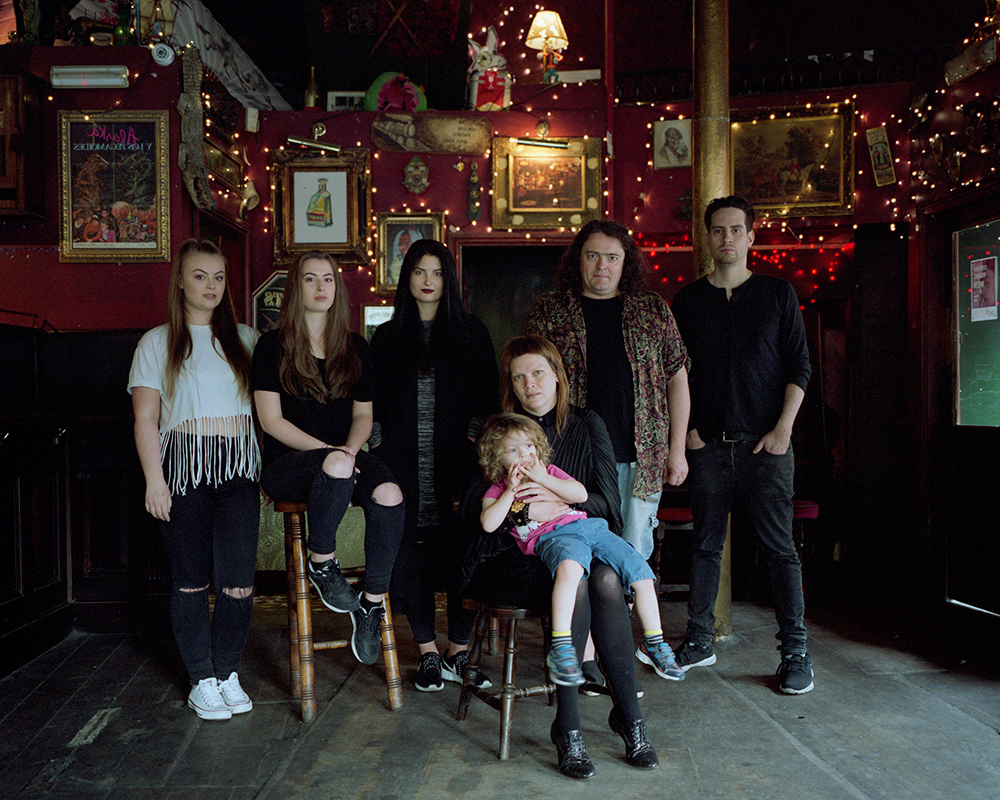 The opening night of Jan Klos’s exhibition at 6.30pm on 7th October will feature short video interviews with landlords on the importance of pub culture, the role pubs play in local communities and what the future might hold for them. Visit www.workersplaytime.net for more details.
Jan Klos is a Polish-born photographer. Specialising in portraiture and documentary, his work has featured in publications worldwide including Telegraph Magazine, Newsweek, Wallpaper*, Metropolitan and N Magazine. His work has been exhibited in solo and group shows at venues across the UK, including MAC Birmingham, Quad Derby, Lighthouse Wolverhampton, cueB Gallery London, Four Corners London, FUSE Bradford, Oriel Colwyn, Wales and Napier University in Edinburgh. He lives in London.